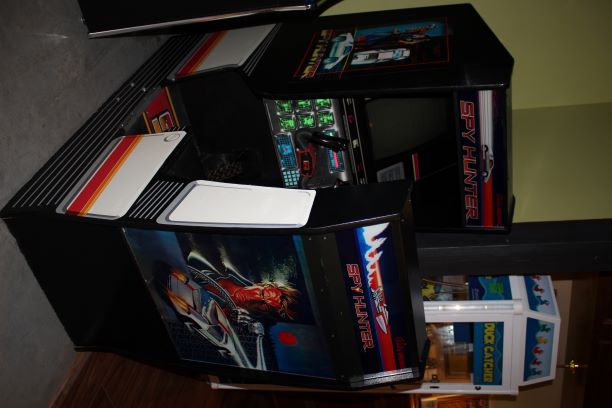 This is a classic sit down driving game inspired by James Bond films. Spy Hunter was one of the top five highest-grossing arcade games of 1984 and 1985. Made by Midway and released in 1983.

This machine has been fully restored by Pinball Alley, Rochester, NY.
Share This Product